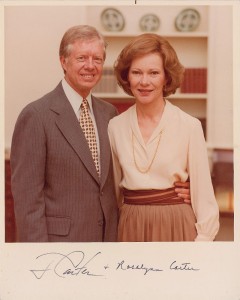 Two older friends at Trinity United Methodist told me a few weeks ago that they wish Barbara Jordan were still alive to run for president. They both would love to celebrate the first woman president before they go to God, but not the woman that many of us are being told to support at present. Barbara Jordan or Shirley Chisolm, yes. If you do not know who these women were, please look them up. Here are two places to start.  Growing up in Texas, I learned early who Barbara Jordan was. My parents wanted her to be president someday. My mother and I stop to pay our respects at her statue in the Austin airport when I fly there for holidays.

The first presidential election I followed was between Jimmy Carter and Gerald Ford. I was eight years old, and my brother and I had dressed up in bicentennial costumes for the little parade in our small town the summer of 1976, the same month that Barbara Jordan delivered her televised keynote at the Democratic National Convention. This was all a huge, complicated deal in my little mind, as I watched my parents experience nostalgia, skepticism, and resilient hope for a different country. (See the Wikipedia page on the Bicentennial, and look online for more cheesy photos of children dressed in colonial costume.)

When we moved from small town to Austin, I found I was expected to have an opinion at school about national elections, even cast a vote in the classroom mock election. Remember, I was young, and I was feeling slightly rebellious. My parents were very, very clear who should be president, even though we were Methodist and he was Baptist (shudder the thought). They explained their reasons patiently to me. I decided I felt sorry for Gerald Ford, and how much people around me thought he had made such a huge mistake in pardoning Nixon. People were also making fun of him on television for being clumsy. That seemed wrong. So, I voted for Ford in the mock election. It was the only time I have voted for a Republican.

My earliest memories of Jimmy and Rosalynn Carter have to do with their daughter, Amy. She was a year older than I was, and Amy was a real life version of Jodie Foster in the 1977 hit Candleshoe. She climbed trees, she refused to be cute, she read books during boring dinners, and she had a cat. Not incidentally, she has continued to be a beautiful nonconformist, protesting the CIA’s recruitment on college campuses, being a vocal feminist who asks off-brand questions, and now advising at the Carter Center in Atlanta. Amy Carter has not appeared on the cover of any fashion magazine, thank goodness.

I give Amy’s mother, Rosalynn, giant mommy kudos for all of this. Rosalynn was the First Mommy – the mommy that everyone was watching to judge her mothering as good or bad, and she allowed her daughter to act a lot like, well . . . Tatum O’Neal in the 1976 hit Bad News Bears. (Did I mention my own mother loved to go to the movies?) I went to Emory in 1986, and I was aware quickly that the proper sorts of girls in Georgia acted even more proper than the proper sorts of girls in West Texas, and I made a mental note to give Rosalynn even more credit. Her daughter wore blue jeans and climbed trees in a setting where girls were supposed to be wearing Laura Ashley dresses and pouring tea. The Amy apple did not fall far from the mommy tree. Rosalynn Carter ruffled feathers all over the country when she wore the same gown for the presidential inauguration that she had worn six years earlier for her husband’s gubernatorial inauguration. The same dress, six years later. For a photo opportunity that is going to land you covered all over the world. Who does that? I remember people on the news cluck clucking over this years later, saying that she had insulted the United States in the eyes of world leaders and viewers in front of televisions throughout fashion-conscious Europe. Rosalynn seemed to be suggesting that the First Lady of the United States could not afford a new frock. Shame on her. She has never made a big deal out of her choice. Maybe she just loved that particular dress. It still fit her well, and why go through all of the rigmarole of finding a new one. I love her for this. She went on to join Lady Bird Johnson and Betty Ford to campaign for the Equal Rights Amendment in states that had not yet ratified the ERA. (See more here.) In case you are young, note the ERA still has not been ratified.

Rosalynn and Amy are their own women. But it is no small matter that Jimmy Carter is married to this woman and was a daddy to such a woman. I could love him for this alone.

By the time I arrived in Atlanta in 1986 to go to college, the standard shtick about Jimmy Carter had stuck. Carter was a good man – too good to be president. He was doing his best work at the Carter Center. Phooey on the standard shtick. The Carter Center is a vibrant and hopeful place. I am not knocking the Carter Center. But it is a bald-faced lie that Carter was too “good” to be president. Carter was a good man, and various other men decided he had too much integrity to be president. If this shocks you, start here. There are many other parts of this “backstory,” and you can read more by searching the Christian Science Monitor, the Nation, and other sources. Carter was “framed,” so to speak. His words were “framed” by a reverberating, repetitive news commentary that discredited him. (Speechwriter Gordon Stewart, God rest his soul, explains this in the Backstory podcast. You can read more of Stewart’s commentary on war and oil here.) Why was Carter “framed” or, to put it differently, sandbagged by the major media? Because Carter became aware of the ways that oil dependency abroad was driving multiple wars, and both oil and war make the American economy go around. To challenge what Eisenhower warned about as the “military industrial complex,” while also naming the necessity of inter-racial solidarity for economic justice? You cannot do that today and garner support from the giant money that ran DC then and runs DC now.

Jimmy Carter was one of the men in my childhood who taught me to be an idealist, and to speak the truth. For better or worse, watching his presidency, and what happened to him when he ran afoul of the supposedly “Christian” power structures for “prayer” and “bible study” in Washington – this only makes me more resiliently hopeful that, eventually, another good woman or man will take office, if only for long enough to speak the truth. Call me a cockeyed optimist, immature and incurably green.

If you love Ronald Reagan, then you probably have not read this far. But if you have read this far, and you love Ronald Reagan mostly because people older than you are have told you he was wonderful, please look up the Iran Contra Scandal, including all the violent and slowly toxic machinations required to put that plan into place and to try to cover it up afterward, and ask yourself if a good man could even plausibly have landed at the White House on the wave of such evil. May God save his soul.

Postscript: I recommend reading faces on this photo of First Women at the opening of the Bush Library at SMU. I love that Rosalynn is still keeping it real.