Torture is (still) a moral issue. 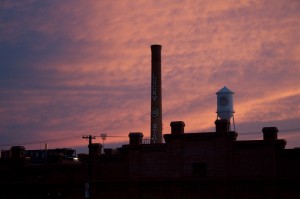 In March 2011, I helped organize, host, and moderate an interfaith, interdisciplinary conference against torture. Experts in theology, religion and human rights gathered to discuss the use of torture in the U.S. and abroad and to prepare participants for anti-torture advocacy within their own communities.

“Toward a Moral Consensus Against Torture: A Gathering of Students, Clergy, People of Conscience, and People of Faith,” was held at Duke Divinity School and First Presbyterian Church in Durham, N.C.  It was sponsored by the Duke Human Rights Center, the North Carolina Council of Churches, and the National Religious Campaign Against Torture (NRCAT).

This conference was part of a national effort toward a moral consensus: torture is always wrong, torture does not make ‘us’ safer, and we need concrete tactics to refuse the climate of fear and compliance. Torture dehumanizes both victim and perpetrator; and it ultimately renders the nation that practices it morally damaged, less secure, and less human than before.

Here are some additional documents from the conference that I hope may be of help as we all think through the ways that people of faith and people of conscience may continue unequivocally to name torture as wrong, always and everywhere:

From: Ethics, Organizing and activism, Sticky