Valentine’s Day is a stupid extension of the Disney Princess Apostasy, yet I still want to be swept off my feet (or at least to have my feet rubbed.)  But before I get started on love, I need to vent about football.

I missed the Superbowl this year. Growing up in Texas, the Superbowl youth party was a Tradition on par with “O, For a Thousand Tongues to Sing.” The holy elements are uncontested: Velveeta and Rotel in a crock pot, little sausages in bright red barbecue sauce, and so many peanut M&M’s we’d make ourselves sick. It did not matter who was playing.  By the logic of the land: Football is Good; Bad Football is Football; hence, Bad Football is Good Football.  But this year I had a sick daughter, so I missed the Ferris Bueller car ad and all the hullaballoo surrounding the Bridgestone Half-Time Show.

In case your demographic slot had you watching “Downton Abbey” instead of football (superior sniff), then you can glimpse a piece of the half-time drama featuring MIA here and here.  I have loved MIA’s music since my older daughter played her for me several years ago. If you did not know her before this little episode of Americana, perhaps listen to her song Boyz here.  And, for those of you who would like to read further, this Wikipedia entry about the song is not a bad introduction to her work.  The entry also has a helpful link to a review of the album she named after her mother, Kala.

I would suggest that she represents the post-colonial answer to all the silly Anglophilia that occurs in theology. While the upcoming debate between Archbishop Rowan Williams and Snooty Atheist Richard Dawkins sounds intriguing, I would much rather challenge Dawkins to deal with the likes of MIA.  She is a force to be reckoned with, and I hope that in the years to come the U.K. will go more her way than Dawkins’s.

So, I was delighted to hear that she expressed herself, so to speak, during an inane cheerleading-dance routine. And I am bummed that the Material Girl herself did not protest. (On a side note, did anyone else note that Madonna didn’t seem to be having any fun? The whole event seemed shorn of joy, regardless of how many pompoms were flying around . . .)  Why would MIA flip-off the Superbowl-watching-millions? And, more to the point, what could possibly justify such an indecency?  How could a United Methodist elder suggest that MIA might have had a point?

In her song Boyz, she asks a question about the economics of male violence: How many boyz does it take to start a war?  In the music video, there is a sense of both frenetic fun and power behind her interrogations, with MIA in front and the men behind her, dancing.  Another song on Kala, XR2, asks repeatedly of the depoliticized and drugged-up rave music scene in London, “Where were you in ’92, ’92, ‘92?” (The reference here is to the 1992 general election in the UK that gave the Conservative Party its fourth consecutive victory and returned Thatcher’s successor, John Major, to 10 Downing Street.)

Fast-forward to the Superbowl extravaganza. By my read, her little bird-flipping brings up the question: “Hey, 111.3 million people who watched the Superbowl, where are you in 2012?” And what are you hoping to see? How many boyz might it take to end a war, to end the wars, to change things up in the ways of war?
There are many ways to open a discussion about football, men and violence. Pastors, I do understand that to open a critical discussion about the Superbowl is to turn off many of your congregants – unless you are 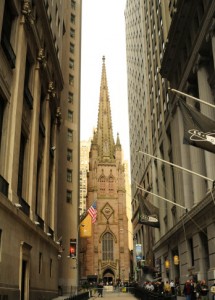 A message from the Episcopal Church: We can't understand why Amy Laura Hall has used us as a punching-bag for her reverse snobbery ever since she went to Yale. Yes, there's the eugenics thing. And the "we're too well-educated to have babies" thing. And the "plan to save humanity through environmental stewardship" thing. But at least we aren't ENTHUSIASTS.

Episcopalian and most of your congregants watch Downton Abbey.*   Of course, I was warned my first year at Duke that basketball is not a matter for critical discussion. I taught about the evils of corporatized college sports that semester. So, consider that MIA may be extending an invitation (albeit raw) to Christian pastors to discuss Frank DeFord’s points in this piece, for example, regarding an increase of ostensibly cathartic violence in football during a time of inconclusive, unsatisfying war. Or this very controversial piece, about the racist economics of college football.

The most controversial article I have come across yet about football and violence is this one by Malcolm Gladwell, who arguably gets things all wrong, but who asks some of the right questions. Frankly, I would recommend that only African-American congregations broach the questions in this article, because I just don’t trust most white pastors to discuss this with the care it deserves. But I invite all of you to read it and, at the very least, consider the price of our national pastime.

I love almost everything Frank Deford writes (don’t miss this one about the subtly of sexism in college sports), so I will run with his article about war and football by asking the dear reader’s reaction to this image a friend sent me recently. Please note that this gentleman really loves watching football, but he thinks that the image below sums up one possible take-away from MIA’s provocation.

This brings me back around to the Disney Princess Apostasy and hating on love. Evidently, the most controversial Superbowl advertisement was one in which a beautiful actress from Modern Family suggests that men just need to give flowers and then women will put out on Valentine’s Day. “Give, and you shall receive,” she purrs.

This may just sum up, in very blunt form, what Valentine’s Day has come to mean, dear people. Buy love. My youngest explained clearly the politics in her fourth grade classroom: “Mom, if I give homemade cards, and no candy, or just weird organic candy, then no one will like me!” Only kisses would do, the chocolate kind that dance around on the screen – the pink magical icons of fourth grade lovey-love-love. This is not at all what the Roman Catholic Church had in mind when February 14th became the feast day of St. Valentine.

As Stephanie Coontz (a totally cool historian) writes in this little piece, they were trying to squash tawdry forms of romance, not elicit them.  But, as she also asks, was such extreme squashing really what we want? While sappy is sappy, and the current Valentine’s Day mess is replete with gimmicks that make many of us feel inadequate, lonely, underpaid, and/or underappreciated, is there something that the cracked mirror of commercialized love may show us about ourselves and what we want?

Here is a modest proposal. What if Christians combined Lysistrata with Valentine’s Day?

As Coontz explains, Valentine’s Day was declared in part to put a big Catholic boot down on the fertility festival of Lupercalia. I know nothing about Lupercalia, but it does sort of rhyme with Lysistrata. (Readers, don’t try this line of argument at home.  I’m a highly trained professional.)  In this Greek play by Aristophanes, women refuse affection from their men until they put an end to their interminable saber rattling and insecure posturing in the face of their perceived enemies.

What if Christian women started preparing now for Valentine’s Day 2013, declaring that men who are actively (subtly as well as overtly) working for peace will receive favors for their efforts? What if we, well . . . reward forms of masculinity that do not involve the usual, stock-character forms of virility promoted by some Christian leadery leaders who lead. What if, instead, we rewarded the unusual, unconventional forms of resistance that this crazy world of ours needs?

Rather than looking for a Rinaldo, who seems quite intent on making a name for himself on the field, Christian ladies could be on the look-out for those less assuming Lionel Messi’s, who actively make a way for their teammates to score, even if it means that their numbers look less large. Or even better, look for a Messi who is actively working to integrate soccer itself, bringing some ladies on the field not just to dance and to flip off the viewers, but to reshape the game.

Well, it is worth a try, right?

P.S. Here is a fun link on the history of courtship in the U.S.

[*] KNS, who happens to be an Episcopalian, during editing-by-phone: “Hey…most of the people I know who watch that show are United Methodists.”

ALH: “Episcopalians don’t have to watch it, because they live it.”